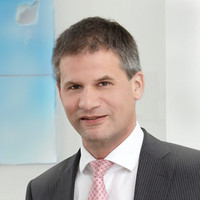 Felix Hoch, a partner in C▪H▪Reynolds▪Corporate Finance AG since its foundation in 1998, takes care of clients from the following sectors: Industrial Products, Automotive, Cleantech and Machinery & Equipment.

After completing an apprenticeship at Deutsche Bank, he studied Business Administration in St. Gall, Switzerland, with foreign semesters at the universities in Helsinki and Moscow. After graduating (lic. oec. HSG) in 1992, he started his career as a consultant with an M&A focused mid-market corporate finance house, where he was responsible for the formation of joint ventures, MBIs, as well as acquisitions and sales at international level. In 1998, he founded, together with Stefan Constantin, C▪H▪Reynolds. From 2006 until 2011, Felix Hoch was Co-Chairman of Mergers Alliance. 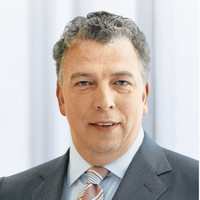 After his business administration studies Mr. Edelmann started his professional career 1985 as project manger and later Head of the project department at Ferdinand Menrad. From 1989, with the change to the Voith GmbH, he held several leading position in the ‘Hydrodamp’, ‘Retarder’, ‘Automatic transmission’ and ‘Road division’ unit of the company. From 2003 to 2012 he was CEO of Voith Turbo and member of the Corporate Management of Voith GmbH.

In addition to his function as senior advisor for C▪H▪Reynolds Corporate Finance AG Mr. Edelmann is also member of the advisory boards of the Würth-Group, Freudenberg Schwab Schwingungstechnik and the Karl Mayer Group in Obertshausen. Since July 2013 he chairs the Board of KAEFER Isoliertechnik.